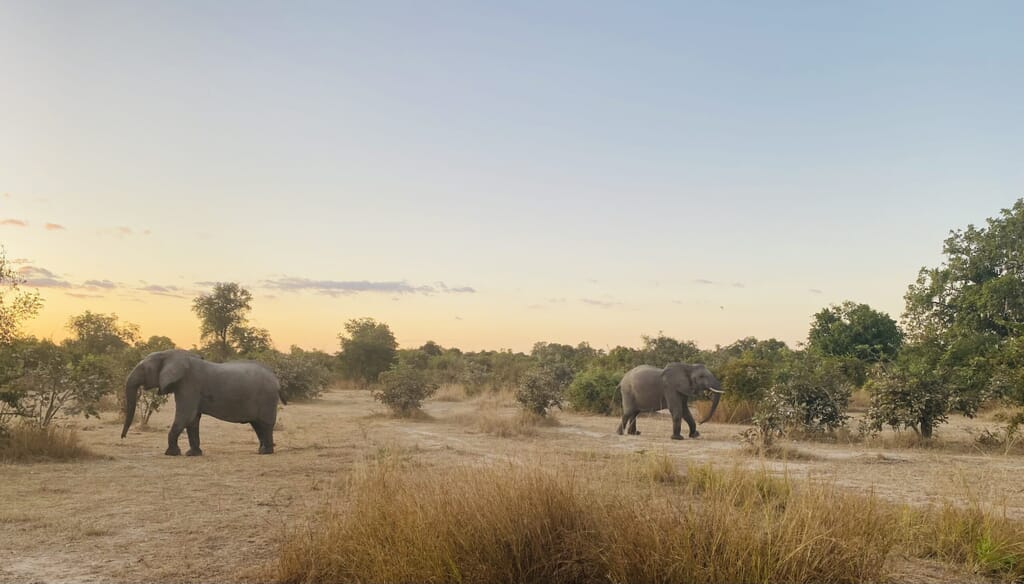 Climate Finance is the Conservation Mechanism of our Generation

Voluntary carbon markets are one of the most transformational conservation finance mechanisms of our generation. Here’s why – High-quality credits address the issues of additionality, and permanence, consider local communities and provide valuable co-benefits to people and biodiversity. 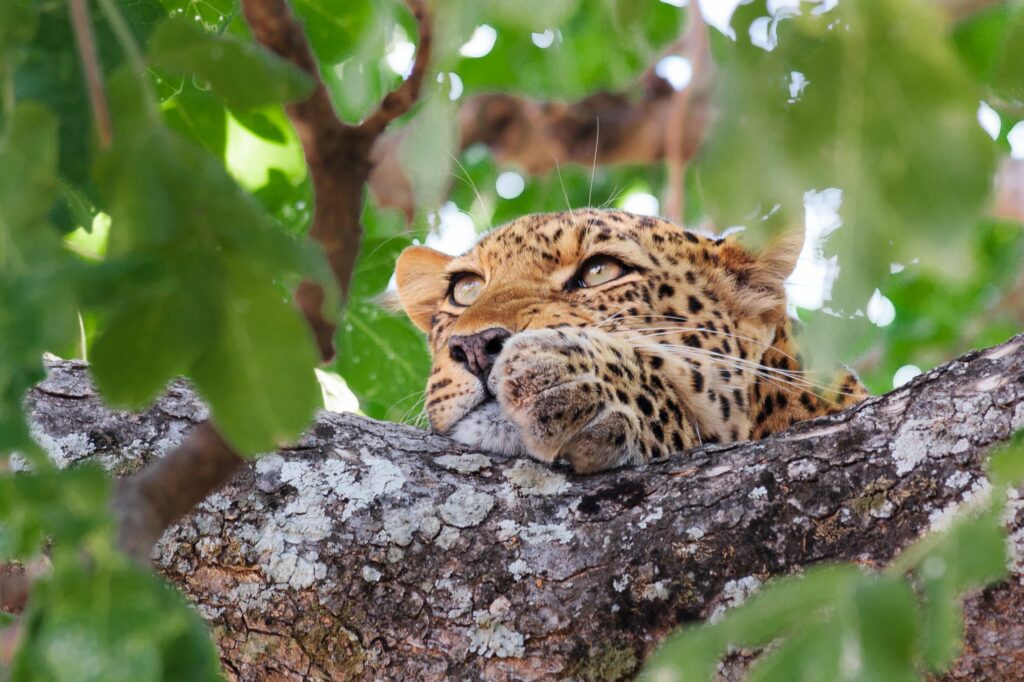 BCP adheres to Climate, Community, and Biodiversity (CCB) Standards in addition to Verra. CCB validation and verification isn’t a requirement for verification and issuance under VCS, however, it is of the utmost importance to us to have it, because it is an added guarantee that our credits are of the highest quality and integrity on the market.

CCB is about promoting excellence and innovation in land-use practices. Land management is an important element of sustainable development. When thoughtfully designed, land management projects can protect endangered species, increase the resiliency of ecosystems, and help combat climate change.

At the same time, the communities in and around these projects can benefit from new jobs, gain access to health and education, get help in securing tenure to lands and resources, and protect traditional cultures.

We are exceptionally proud of our first project, The Lower Zambezi REDD+ Project (LZRP), which was the first in Africa of its kind to receive CCB Triple Gold Verification, while our Luangwa Community Forests Project (LCFP) has undergone CCB validation and is in the process of a CCB verification. This validates our projects beyond what is required of them, bringing biodiversity, climate, and community under one umbrella of protection.

Through climate finance, the impacts on communities, forests, and biodiversity are proving monumental in areas that would otherwise be completely unprotected. A prime example is the LCFP in Eastern Province – which faces a wall of deforestation from its neighbors in both Malawi and Mozambique. The LCFP borders Malawi on one side, and Northern Mozambique on the other.

Both the Mozambican and Malawian border areas are heavily deforested and worryingly settled. Eastern Province, as a result of these national borders, is facing a similar fight, up against a steady wave of deforestation moving into the Luangwa Valley, and in some places, has extended to the Luangwa River.

The last remaining forests in the Province are in the Valley where the LCFP occurs, in an area with heavy immigration, soil depletion from deforestation, as well as population growth. Mambwe District, within the LCFP, has a population growth rate 20 times higher than the national average, which is one of the highest in Africa according to Government statistics (https://www.bbc.com/news/health-15433140). 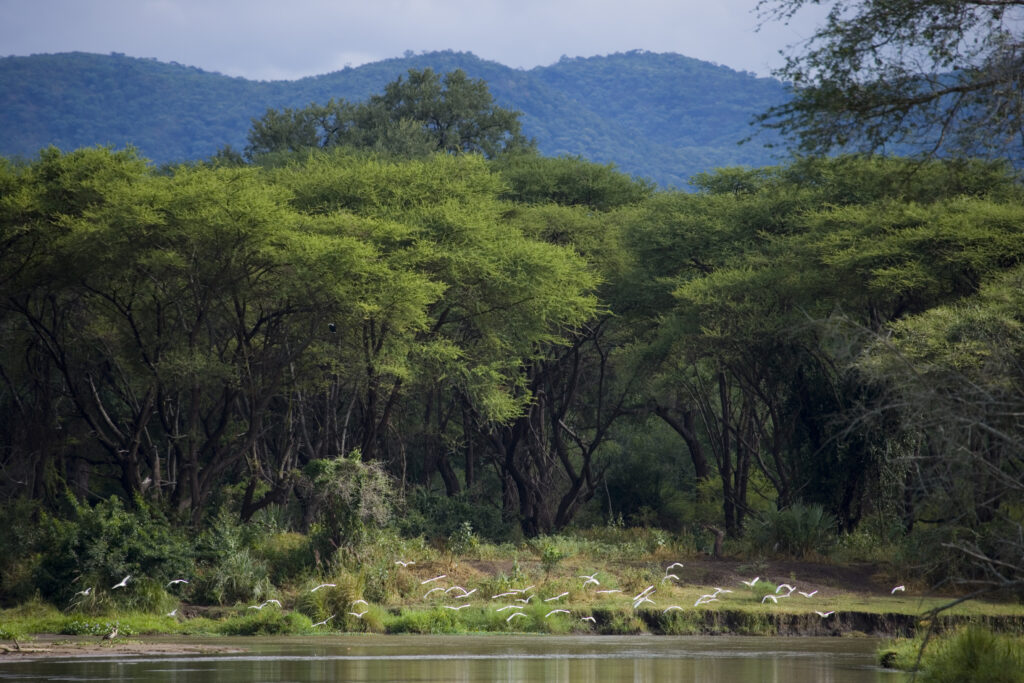 When you drive along Great East Road through Eastern Province and roll over mountainous hills of emerald green and thick trees, there are forests intact, yet as soon as you drive through the Mchinji border post into Malawi, the landscape becomes incomparable. The deforestation just across the border is unconceivable, which as a result has completely altered the topography between the two countries, with one barren and stark versus one of a healthy ecosystem. Forests under threat do not protect or restore themselves, on the contrary, without intervention, there will be nothing left to protect. But this isn’t as easy as it sounds. The LCFP creates a critical protective buffer for the South Luangwa, North Luangwa, Luambe, Lower Zambezi, and Lukusuzi National Parks. This interlinking corridor between National Parks is one of the last remaining wildlife strongholds left on Earth, home to species listed under the IUCN as threatened species, such as lions, elephants, and wild dogs.

It is BCP’s belief that in the absence of carbon finance (just as we see across the border), these wildlife corridor areas would not receive an alternative and sufficient source of funding to adequately manage or protect them from deforestation (driven as a result of poverty from the local population).

The most important biodiversity safeguard measure, as mitigation against climate change, is the protection and facilitation of biodiversity corridors between protected area strongholds such as national parks and wildlife reserves and relatively ecologically intact areas, whether protected or not. 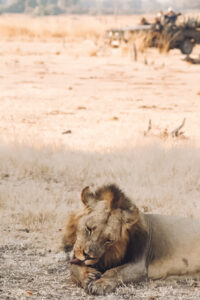 Zambia has the highest deforestation amount by land cover per year out of any African country according to the UN and Government figures. Based on the Global Forest Resource Assessment (GFA) Report, Zambia loses between 250,000 and 300,000 ha of forest per year (Phiri et al. 2019a; Vinya 2012; GRZ, 2008) and Eastern Province itself, where the majority of BCP project areas are based, has one of the highest rates of deforestation in Zambia.

In an article posted in the Zambian Times by the Ministry of Green Economy and Environment on 18 October 2022, Zambia is quoted as the largest deforested country in Africa and, third in the world. In it, a call was made to all members of parliament to support curbing deforestation in the country.

The LCFP protects the last remaining indigenous forests threatened by a front of deforestation visible from Google Earth. Eastern Province is also one of the poorest areas in the region, not just in Zambia. Carbon credits that are trusted, certified, verified, and comply with CCB Standards are a lifeline for many of our community partners.

Zambia has allocated an impressive portion of its land surface to conservation. It is very important to understand the wider context, while initiatives and policies implemented by Governments are well-intentioned, lack of funding and adequate resources often result in failure to achieve its full mandate. Without the adequate funds available to support the protection of open spaces, mitigate deforestation, and the clearing of forests for agricultural purposes, charcoal production, and poaching are all much harder to execute.

Carbon finance has enabled BCP to make the conservation of wildlife habitat valuable to people and together with our community partners, can support the Government’s National Development and Climate objectives.

The World’s population has officially hit 8 billion people, this is the most our planet has ever had to sustain, and arguably, we are the heaviest generation to carry. The World’s natural resources are under such severe threat, which is of course why the ‘race to meet net zero’ and keep us below the 1.5 C mark is so important. Identifying, accepting, and acknowledging that measures are needed is very well. It is the only way forward after having our heads buried in the sand for so long. 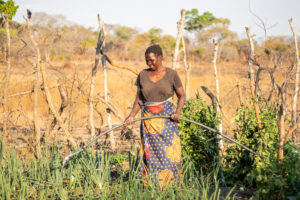 But what can be done in real-time – What measures are in place to protect our planet between now and the targets set for 2050?

To us it is clear – we need to use nature-based solutions, such as REDD+ to incentivize the protection of some of the world’s last remaining intact forests. Our aim is to supplement the de-carbonization efforts of the industry by offering a high-value, high-integrity carbon offset that in addition to emission reduction, benefits and protects biodiversity and indigenous people.

On just a national level, REDD+ is doing a great deal to drive economic development. Under our expansion goals, BCP is projected to create direct employment for over 500 people over the next 2 years; indirect job creation is also expected to increase as a result of community lead projects; our adaptation projects are currently training and empowering over 500 farmers and 600 beekeepers in sustainable techniques that are producing surplus products, and the ability to train others.

BCP places a significant amount of focus and resources on community engagement at all levels. It is imperative for us to ensure that every member of the community has access to information about the project.

From carbon finance generated from the sale of carbon offsets over the past four years (disbursement of conservation fees, livelihood projects, and community development as well as project implementation), our impacts capture the essence of what we do within the communities in BCP project zones. 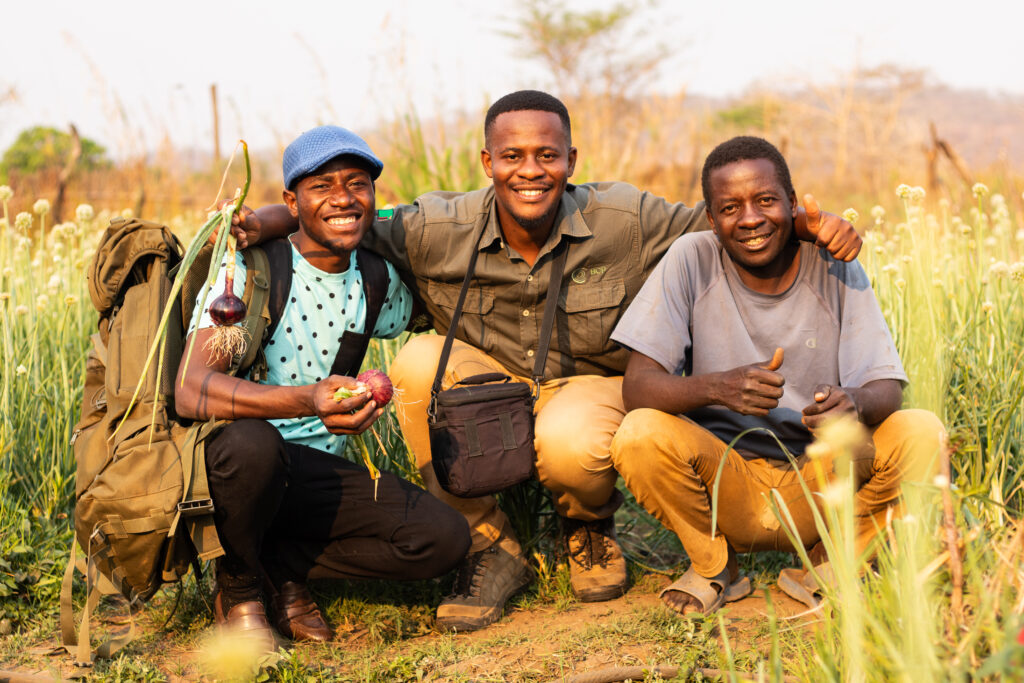 Success for us is measured through our impacts. The impacts clearly demonstrate that climate finance works. These stories are best told by the men and women of the community forest programs. Today the sound resonates throughout Zambia with neighboring communities wanting to transition to a sustainable future where people and natural spaces co-exist. 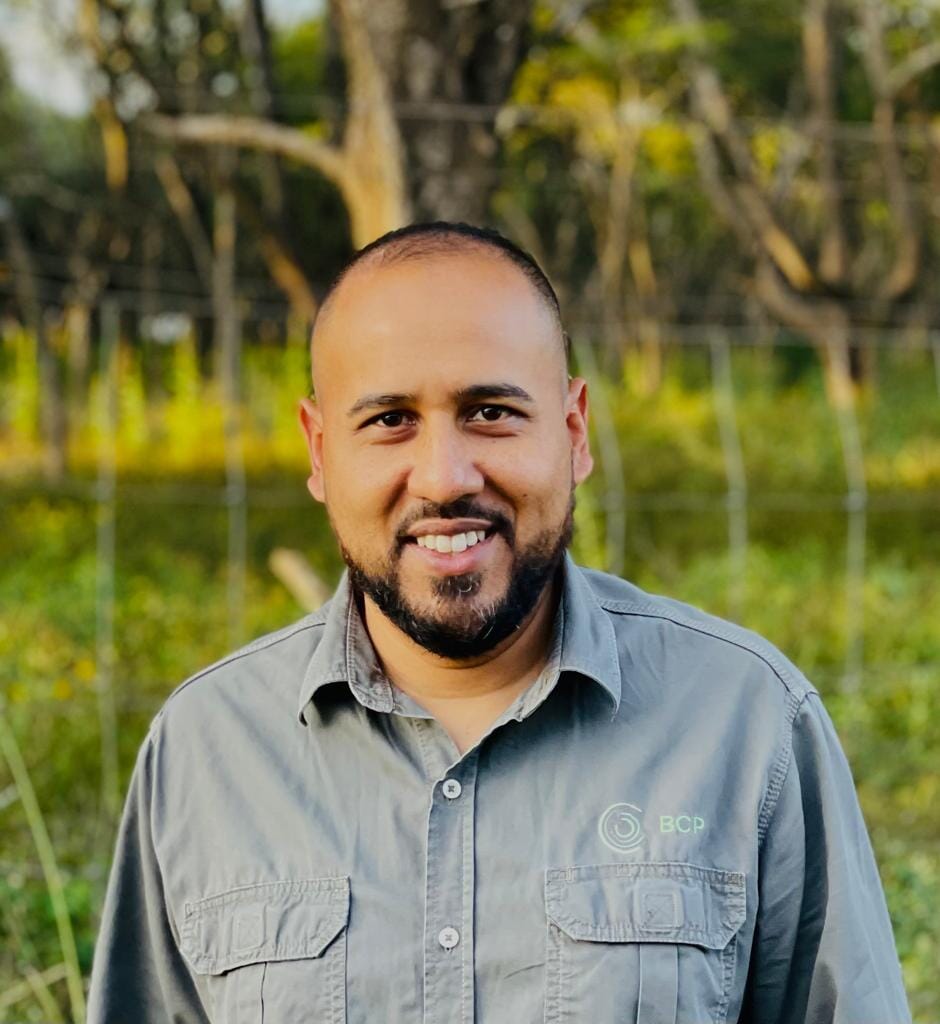 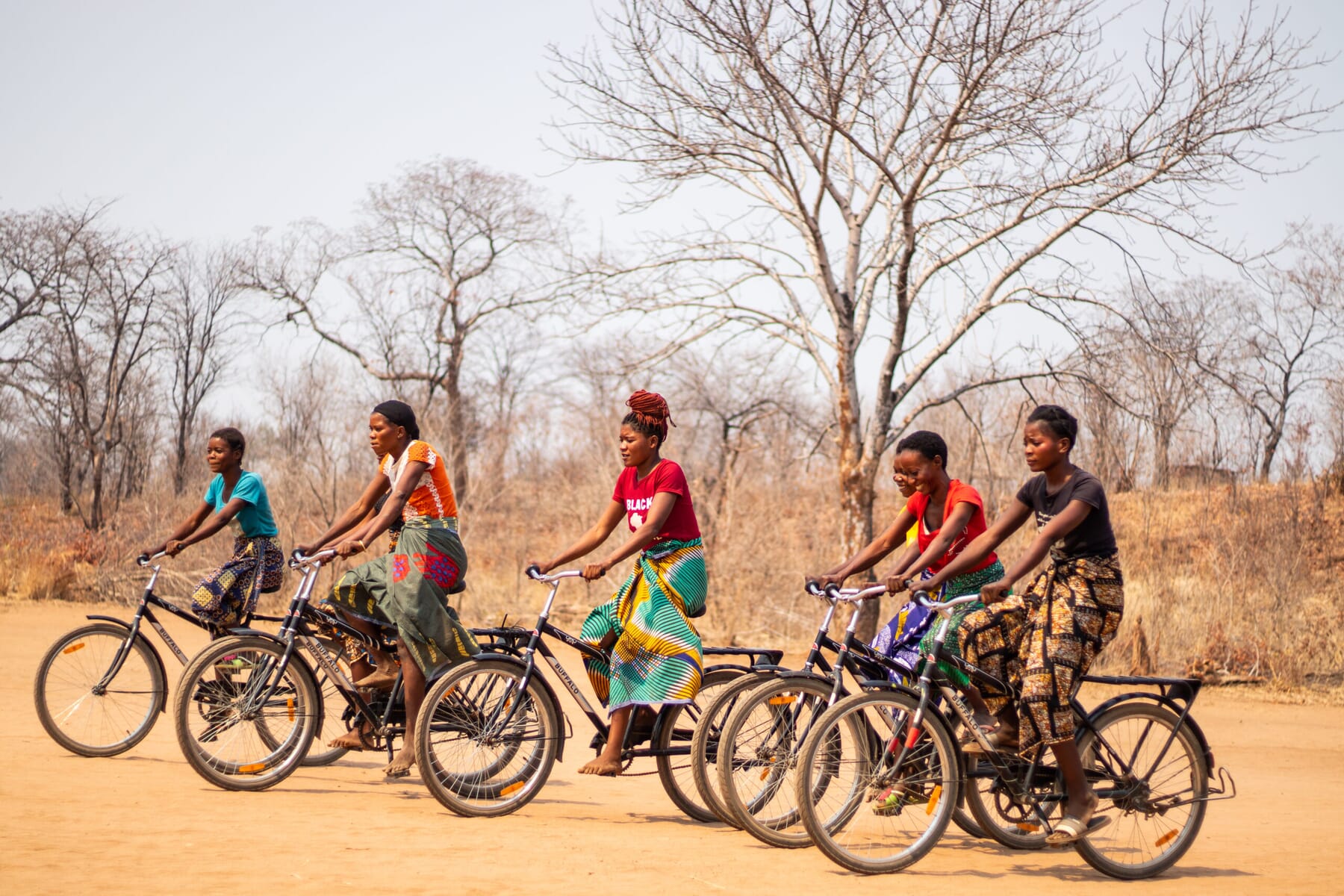 REDD+ as a Catalyst for the Local Value Supply Chain